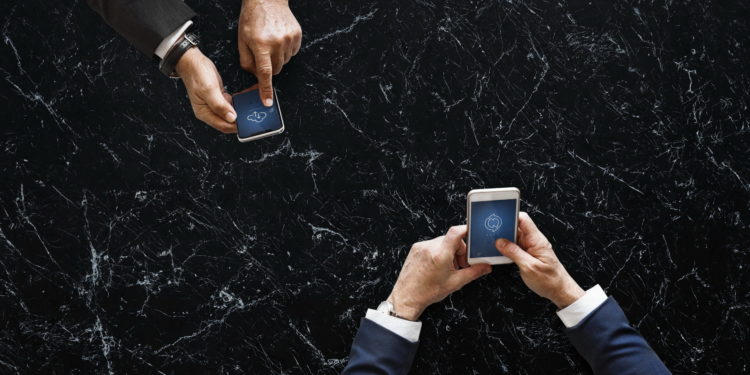 Smartphones are just getting more powerful every year. They get more functions and more abilities. People are getting to the point they would be lost without them. For the traveling businessman, a laptop was required, but these days, a smartphone is taking over most of what that laptop did. It won’t do everything yet, but a lot of people are no longer carrying the laptops, as they don’t need to and are just doing fine with smartphones. We ourselves don’t carry a laptop traveling anymore, and we do not miss the sore shoulder from carrying one. When we first got a laptop we wanted the biggest and most powerful laptop we could get. After taking one of those on a few trips, we decided that a smaller laptop was definitely better. These days, we get by with a smartphone. Here are some of the things that are making that smartphone competitive to the laptop.

It used to be computers were running at 640×480 pixel screens, then that expanded to the high-resolution screens we have now. Our Samsung smartphone actually has more pixels than our 27-inch monitor and can display more date, though at a much smaller size. There was a trend to make mobile phones smaller and smaller, but that has reversed as people are using them instead of laptops now. The smartphones are getting bigger. It seems the sweet spot is about 5.5” for a smartphone, even sometimes bumping up to 6”. A small tablet is 7”. The best part is you can fit it in your pocket, and a laptop definitely can’t do that.

Smartphones are actually more powerful than some of the old laptops. The chips they run are quite amazing. Compared to 50 years ago, you carry a supercomputer in your pocket. The chips keep getting stronger and faster, and as more and more people are replacing their laptops with a phone, they will keep getting better. They will probably never be as strong as the latest laptops, just as the latest laptops will never be as strong as the latest desktops, but they can be close and good enough.

Almost anything you can do on a laptop you can do on a smartphone. Some programs that require a lot of processing power and screen space such as photoshop might not be there yet, but for almost everything else, there is an app. The staple of executives worldwide, email and word processing, are all there and function fine.

Unlike a laptop, a smartphone has its connectivity already built in. You might have to buy a portable WiFi for your laptop, but your phone is a portable wifi all by itself. You are never cut off from the world (though sometimes we wish we were when traveling on business). Instead of having to pull out your laptop, start it up, connect and check email, you get your emails on the fly as they happen. Smartphones are the clear winner here.

If you really want to bring your smartphone up to a mini laptop level, you can add some accessories. There are many Bluetooth keyboards and mice that will work fine with a smartphone. So, if you miss tying on a full-size keyboard with your word processor, then you can buy a foldable keyboard that works on your phone.

Obviously, there are some things that a laptop can do that a smartphone can’t still, but the list is getting shorter and shorter. Many of the smartphones can do more than a laptop of 10 years ago, stronger faster and better. Laptops were only ever meant to be a portable version of your desktop, so you can travel and work. Smartphones are starting to take over that position. So, as you get more and more used to looking at that smaller screen, you will find that you use your laptop less and less. Ask yourself which one you use more already and you will see if we are right.

6 technologies that can improve your life ...

How can technology help save our planet